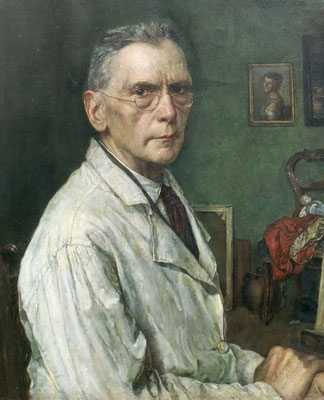 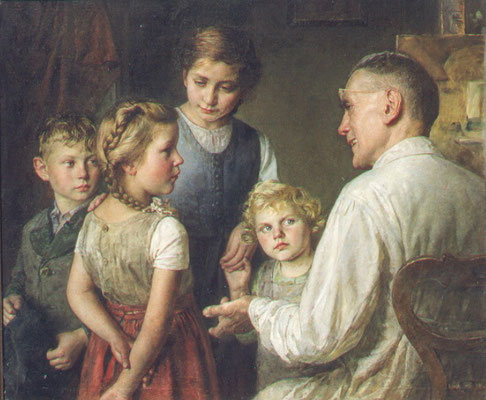 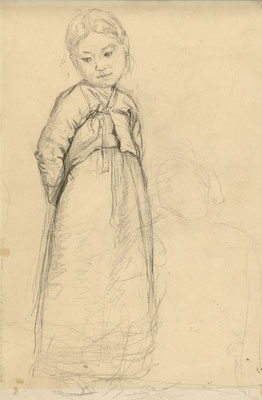 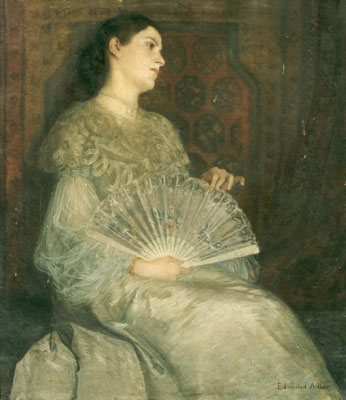 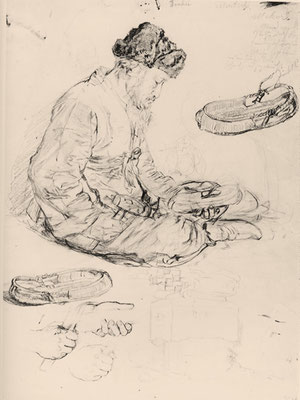 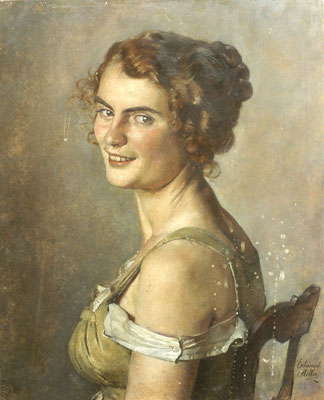 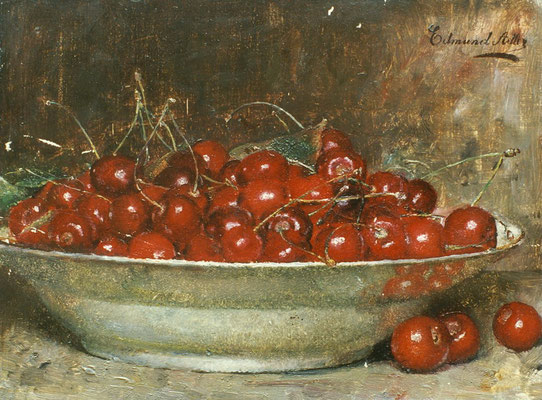 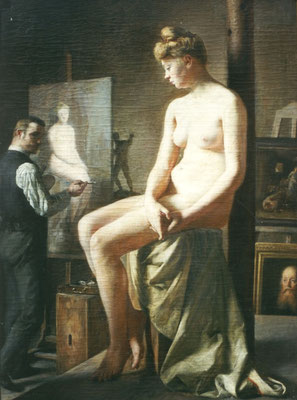 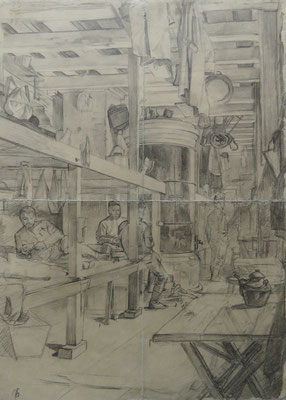 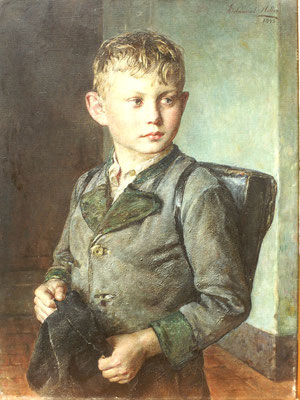 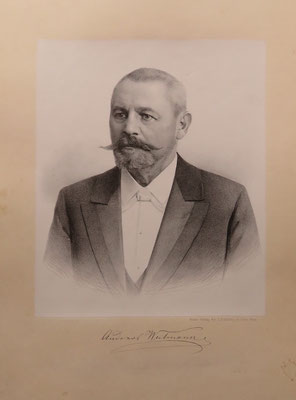 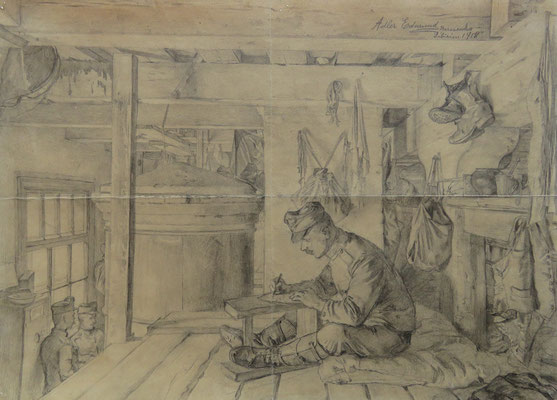 Edmund Josef Adler was born on 15 October 1876 in the Viennese suburb of St. Ulrich (7th district). His father Heinrich came from Bohemia and worked as a so-called “umbrella maker”. In 1874, Heinrich married Magdalena Wiesinger, after his first wife Maria died of tuberculosis. Edmund Josef grew up in the Viennese suburbs, where they moved several times. The boy visited primary school and was likely to have received a first artistic education thereafter. Adler may have worked as a lithographer with Franz Theodor Würbel.

In 1894 Edmund Adler enrolled for the first time at the Vienna Academy of Fine Arts before he was exempted two years later as a full-time student. Adler's teacher was Christian Griepenkerl, who was one of the most important representatives of the Ringstraße-Period. From Adler's time at the academy, some paintings have been preserved, as well as countless drawing studies. In the final year 1903 Edmund Adler received a one-year travel scholarship, which enabled him to stay in Italy. Rome as the "eternal city" may have left a lasting impression on Adler.

Already before his departure to Italy, Adler had married Rosa Pankratz in Vienna. Both had first met each other in Hof am Leithaberge, where the Adler family spent their summer holidays. After returning from Rome, Adler and his wife settled in Mannersdorf. Edmund Adler had early discovered the local population as models for his works. The young couple moved into their new house and studio on the Sommereinerstraße. Their daughter Rosa was born in 1903, followed by son Gustav ("Gustl") in 1904 and the youngest child Gilbert in 1908. The family fortune did not last long, Gustl died with less than three years of age. And in 1924 Adler’s wife Rosa passed away at the age of 46.

At the beginning of World War I, Edmund Adler was called up to Regiment No. 4, and in December 1914 he was caught as war prisoner by the Russians. He first came to a camp near Berezovka on the Caspian Sea and later he was transferred to Nikolsk Ussuriisk in Eastern Siberia. The dreary years were used by Adler for countless sketches and studies in which he captured camp life. Not far from the camp was a village of Korean inhabitants, who aroused Adler’s artistic interest. Together with other artists, Adler was able to make a successful exhibition in Vladivostok, before returning to Austria in 1920.

Back in Mannersdorf Adler had to cope not only with the early death of his wife, but also had to provide for the family income. Thus he tried to sell his paintings to Viennese galleries. His son Gilbert was also artistically talented, however he suffered from psychological problems. So Gilbert came to a "clinic", where he was badly threaten under the Nazi-regime. Edmund Adler's last support was his daughter Rosa, who devoted her life to the father and tried to increase their income with her legendary "piano school”.

The most artistically successful time of Adler were the 1940s and 1950s. The painter focused on portraits and genre pictures with children, his models were many children of Mannersdorf. Adler's works were not only popular in Austria, but also found their way to the USA, where the well-known board game manufacturer MB produced a puzzle with a motif of Adler (“The yellow bird”). Numerous exhibitions enriched the artist's life evening. Edmund Adler died on May 10, 1965 in his house in Mannersdorf.